Our Legacy: The Founders 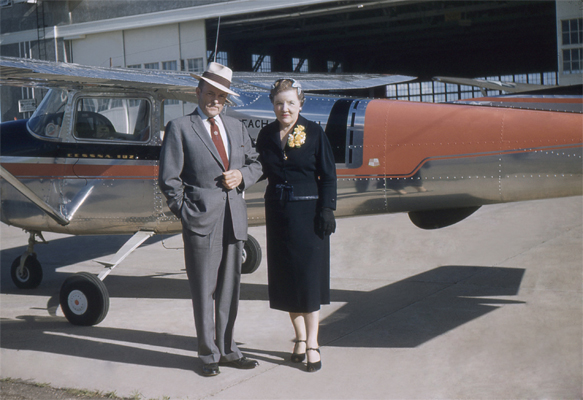 Thomas W. Leach was born December 23, 1896, in Lacrosse, Wisconsin to Fredrick and Melissa Leach. At the age of 5 his family moved to Pine Bluff, Arkansas where he received his early education. Between his high school graduation and 1920 Tom Leach received his degree from the Missouri School of Mines at Rolla, MO. During World War II he was stationed in San Diego, California as a First lieutenant in the U.S. Army Field Artillery, and later in the Aviation Section of the Signal Corps.

Born Frances Van Valkenburgh Land on June 28, 1902 she was the daughter of Dr. and Mrs. Levin K. Land. Her early education was in Pine Bluff, Arkansas where her father practiced dentistry. After graduating from Millerburg College in Kentucky and the Emerson School of Drama in Boston, she taught one year in her home town. It was there that her friendship with Thomas W. Leach blossomed into romance and they were married on October 28, 1925. 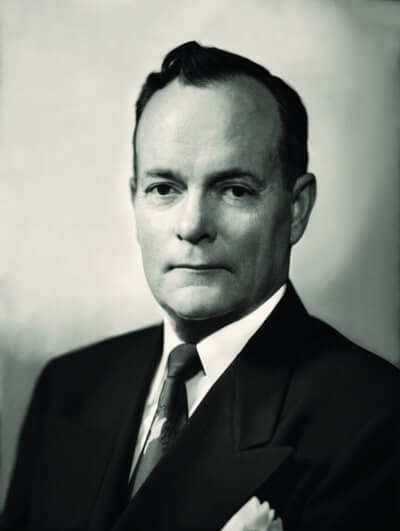 Before scientific advances, determining where to drill for oil fell to surface geologists who searched rock outcroppings and other formations which indicated possible oil-bearing structures. One of the last and most successful of these surface geologists was Thomas Witt Leach.

A quiet and unassuming man, Thomas Witt Leach became one of the nation's leading oil geologists and did more than any one individual to persuade major oil companies to look for oil in North Dakota. Leach was successful because he was persistent.

During this time Mr. Leach worked for Trans-Continental Oil Company as a field agent and geologist. He soon was promoted to division geologist and five years later he was the chief geologist. It was in 1928 that Tom Leach made his first visit to North Dakota. His company sent him on other business, but he was intrigued by countryside and rock formations. He was convinced that oil was trapped somewhere below the surface. Although he was never able to persuade his superiors, he never swayed from his belief that oil would be found in North Dakota. He left Trans-Continental in 1930 to become an independent oil operator and investor in petroleum properties.

Eight years after his initial visit to North Dakota, Tom returned to "take another look at the Williston Basin." Convinced his first impression of North Dakota was correct, he opened his Bismarck office in 1936. After studying the Nesson anticline (large hydrocarbon rock formations), Leach formed a partnership with A.M. Fruh, a Minot real estate and insurance professional. They convinced the Standard Oil Company of California that the site was viable and assembled a substantial lease block of 150,000 acres, which was later turned over for oil development.

World War II postponed the oil exploration and development in North Dakota. Tom Leach was stationed in San Diego, California and he served as a captain from 1943-44. He was assigned to anti-aircraft duty with the U.S. Army Artillery Corps.

After the war, Leach and Fruh resumed their leasing of oil rights from landowners. Leach invested in a variety of other business ventures, but his dream of oil in the Williston Basin was alive and well and in 1950 he convinced Amerada Petroleum that the Nesson Anticline was the place to drill for oil. Leach was hired by Amerada to lease the most likely spots. It was Amerada Petroleum that brought in the now famous Clarence Iverson Well in April 4, 1951. Of the estimated 30 million acres under lease in 1953, Leach and his partners held almost 4 million acres, making him the largest single operator in the state. 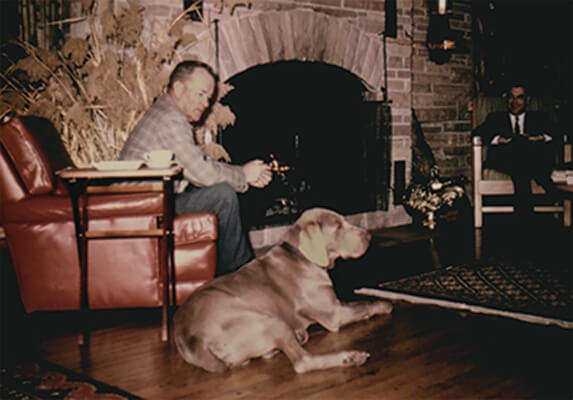 To consolidate the various holdings Mr. Leach founded North American Royalties, Inc in Bismarck with John M. Kelsch in 1952. This change shifted the energies and emphasis from leasing to trading in royalties. The firm offered 325,000 common shares to the public at $6.10 per share, the first nationwide distribution of land speculation stock in the Williston Basin. Mr. Leach was the President, Treasurer and a member of the Board of Directors of this enterprise until his death in 1966.

While walking to his Bismarck office Mr. Leach was stricken with a heart attack and died September 7, 1966. Many newspaper editors and journalists in the state hailed him as the "Father of North Dakota oil". His importance to the economic development of North Dakota is now legendary. While other geologists believed there was oil in the Williston Basin area, it was Thomas W. Leach who was the most persistent. He broadcast his claim to many people influential in the oil industry nationwide. It was his reputation that generated the interest of the big oil companies and his determination which provided the impetus for oil development in the state of North Dakota. 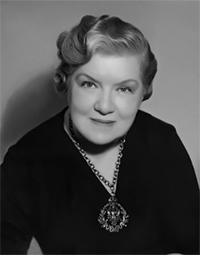 "The things you share and give away, give you the greatest pleasure." This quote by Frances V. Leach most accurately describes her philosophy of life.

From her earliest family experiences to the creation of The Tom and Frances Leach Foundation with her husband, she gave generously of herself and resources. Her life was entwined with that of her husband's and he considered her his partner in all his business ventures and named her as a director in four of them. After his death in 1966, she was elected President of North American Royalties, Inc. the family's major enterprise which was listed on the American Stock Exchange.

Shortly after their marriage, Tom and Frances moved to Tulsa, Oklahoma. Frances' interest in young people started early in her life, and her support grew through the years for many social causes as well. She presented a series of lectures on social etiquette at a private school in Tulsa, a service she later continued in North Dakota. In her years living in Tulsa she was a founding member of the Salvation Army's Women Auxiliary and Planned Parenthood. She researched the conditions of the mentally ill in the Tulsa jail and helped establish a hospital treatment plan for those people. In 1947 she was the first president of the Oklahoma Committee for Mental Health.

After commuting for many years between Bismarck and Tulsa, Tom and Frances purchased a Hereford ranch near Towner, ND. Both had always wanted a ranch of their own and found exactly what they wanted in 1953. The ranch enabled them to pursue their hobbies and provided entertainment and relaxation as they called the Leach Ranch their permanent home.

Soon after moving to Bismarck in 1953, Mrs. Leach met Sidney J. Lee, Dean of Bismarck Junior College. He asked her to consider giving "Social Training" classes at the college. In 1966, Frances wrote, "I have completed my tenth year at BJC and the course has expanded to our other colleges in the state." Her crusade against smoking was incorporated in all her etiquette classes. In 1966, she was asked to be a part of the National Board of Trustees for ASH - Action on Smoking and Health based in New York. Law students who were blind also benefited from her tenacious nature. She helped to establish an index center with legal research materials on tape and in Braille. The reference index center for national use is located in Oklahoma City, and is now supervised by the Library of Congress.

Opportunities for young people remained a top priority for Mrs. Leach. The International Music Camp located near the International Peace Gardens in North Dakota has two music classroom buildings that she and the Leach Foundation helped to build; it is also home to the Frances Leach Music Library. In recognition of her contributions and as an avid patron of the arts, she received the 'Order of the Crossed Flags' in 1973 from Dr. Merton Utgaard, Director of the International Music Camp. 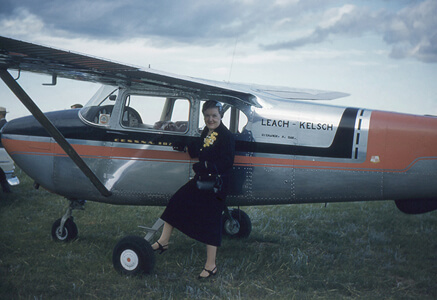 Concern for increases in domestic violence led Mrs. Leach to become involved with the Mental Health Association of North Dakota. At the time this organization was attempting to establish a spouse abuse program for which money was almost non-existent. She personally financed the cost of getting such a program under way not only in Bismarck, but in Minot, Fargo, Tulsa, Oklahoma and Pine Bluff, Arkansas.

Finding herself a widow in 1966 Frances filled the void and her husband's absence by continuing her work and philanthropy through educational scholarships, the arts, health and human services. She served as President of The Tom and Frances Leach Foundation, Inc. until her death on October 2, 1981. 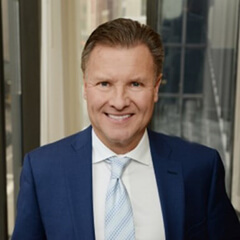 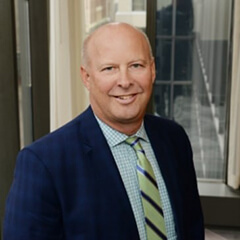 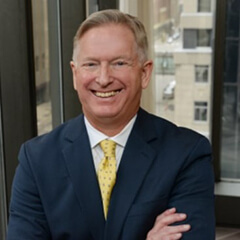 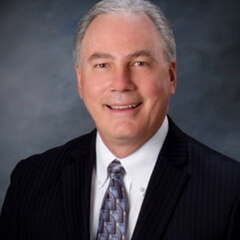 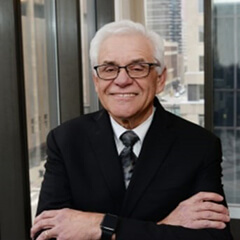 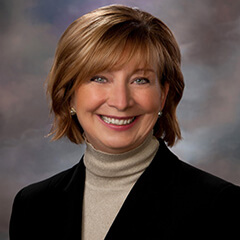 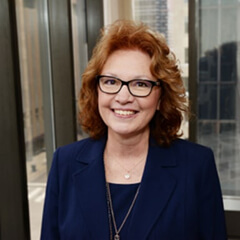 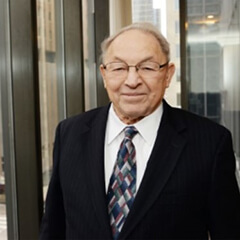 Paul D. Schliesman, 91 of Golden Valley, Minnesota passed away peacefully on August 13, 2020. Loving husband to Martha, father to five children, grandfather to nineteen, and great-grandfather to six. Paul was born in Wilmot, South Dakota to Mabelle and Paul John Schliesman on March 1, 1929. He grew up in Milbank, SD and then graduated from the University of South Dakota. He was a veteran of the Korean War and served as a Lieutenant in the United States Army and received full military honor services held at Fort Snelling National Cemetery.

His career as a Trust Officer with First National Bank spanned 35 years. Paul served on the Board of Directors for The Tom and Frances Leach Foundation for 47 years, providing valuable financial advice on the investments of the Foundation. Paul loved to share stories of Mrs. Leach and her ongoing efforts to maintain the mission statement of the Foundation. Paul also served on the Board of Directors for Catholic Parishes, was Chairman of the Hallett Charitable Trust, involved in the Rotary Club International, and coached young athletes in the Golden Valley area.

Paul enjoyed pheasant hunting in South Dakota with family, was an avid gardener, he enjoyed canning and baking his famous peach pies and banana bread making sure there was enough to share with family and friends.